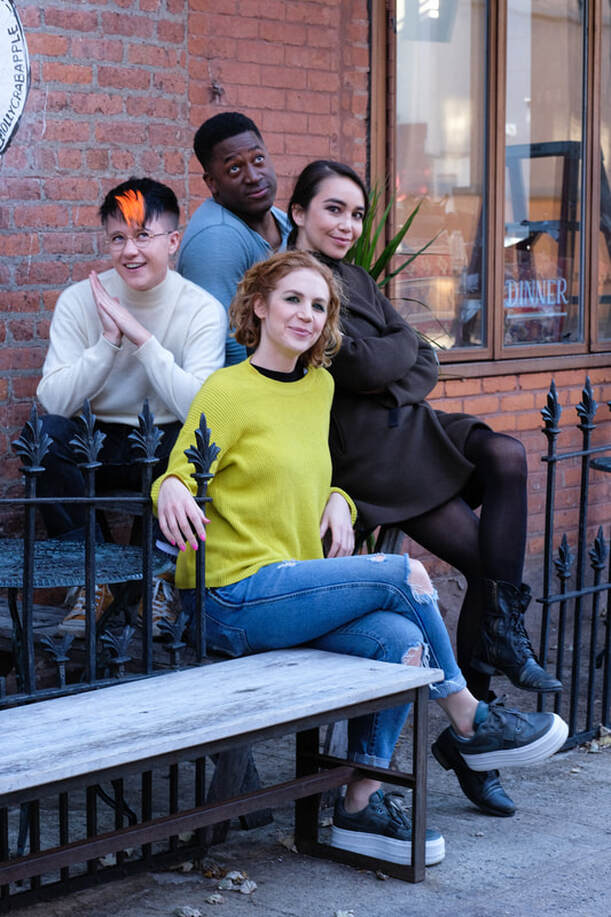 Alex's buddies Stevie, Reed, and Harper have joined forces to make the dating app to save modern love.  Angel investor Lauren is on his way to save the day.  These could be the worst people ever chosen for this task.  Will these five fall flat on their faces?  Or take off soaring on Silicon Alley??

On the way, will they find what their hearts and loins are looking for?  Or will their shortcomings wreck their own love lives... and the app!

We love playing pretend.  But the real people behind the show are even more interesting (and crush it harder than these budding entrepreneurs we see on the show.) 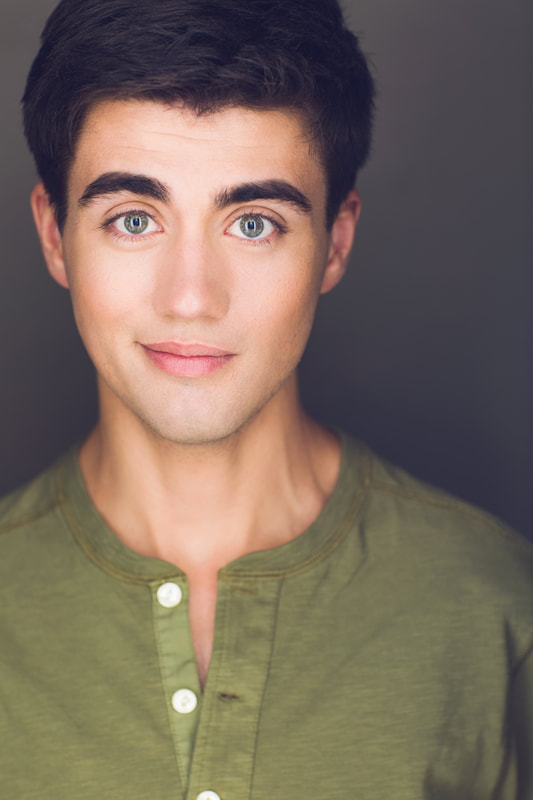 Dylan Adams (Tommy) Just finished the National Tour of Rumpelstiltskin with The Panto Company USA. He helps produce the podcast Why I’ll Never Make It with his partner Patrick Oliver Jones and is currently working with Brazen Acorn Productions to create/produce a new physical theatre piece called Walls in Winter 2020 in New York City. Dylan currently lives in New York City and is a graduate from the Maggie Flanigan Studio Professional Training Artists Program and the University of Utah with a Bachelor of Fine Arts Degree in Musical Theatre. Instagram @adamsdpa 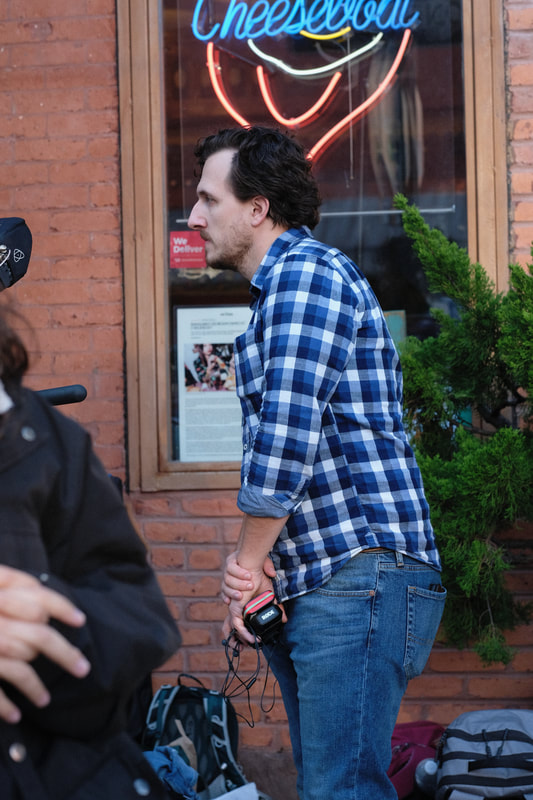 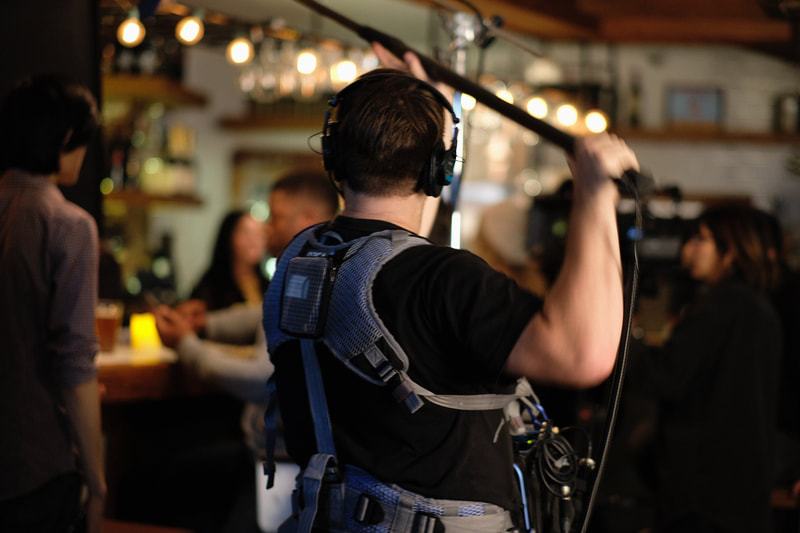 Rick Bizenza (Production Sound Mixer) specializes in recording high quality audio for film, tv and documentary productions. His experience ranges from corporate, narrative, documentary to commercial sets. Previous to working as a location sound recordist Rick spent 6 years working within the grip department on major motion pictures films as well as episodic network television. His passion for filmmaking started in the NYC/Westchester skateboard and music scene. Rick loves being on set, capturing clean dialogue and adding as much value as possible. 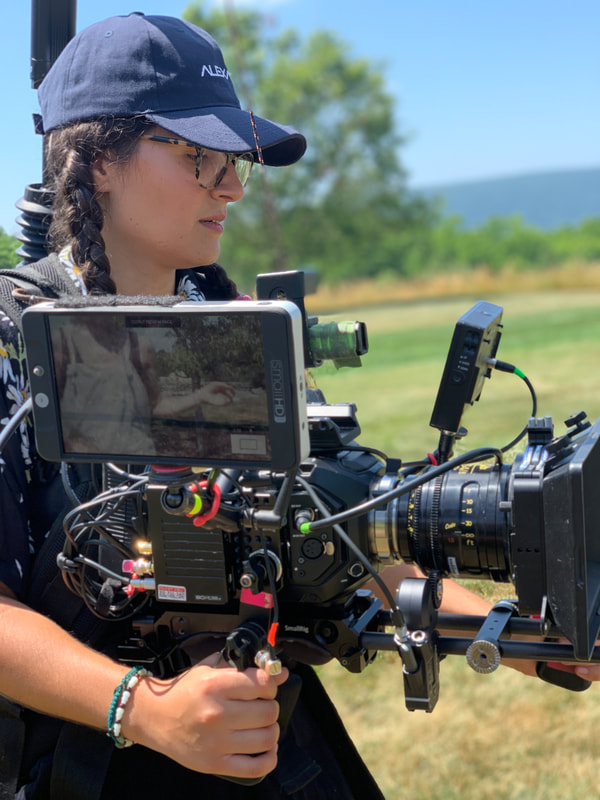 Marine Brion (Gaffer) graduated in Cinematography major in 2014 from ESRA Film School in Paris, France. She started her career as a cinematographer on short movies and music videos in Paris. She then decided to move to New York and she is now working as a gaffer on a lot of different projects. Lighting is one of the things Marine is the most passionate about. Whether it is on set, in a painting, in the street or in nature, she is always fascinated by the power of light. For her, gaffing is a way to utilize what is available and manipulate it to bring a vision to life. Instagram @marinebri0n 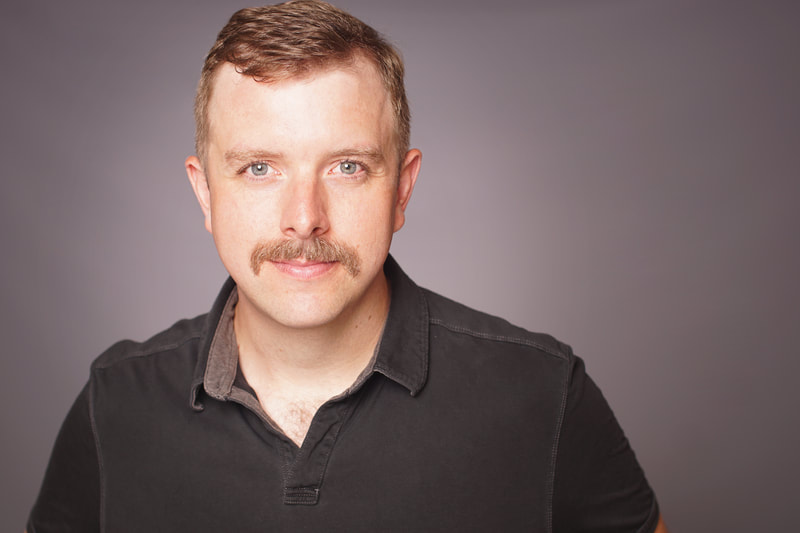 Dewey Caddell (Roger) is an actor/singer/comedian in New York City working in Musical Theatre and film and television. He is a member of the world famous Story Pirates and can be heard voicing any number of creatures. He was completely unsurprised when Sarah asked him to play the role of this creepy/gross dude. While he disagrees with this gentleman's behavior, he understands what he looks like and was happy to help. 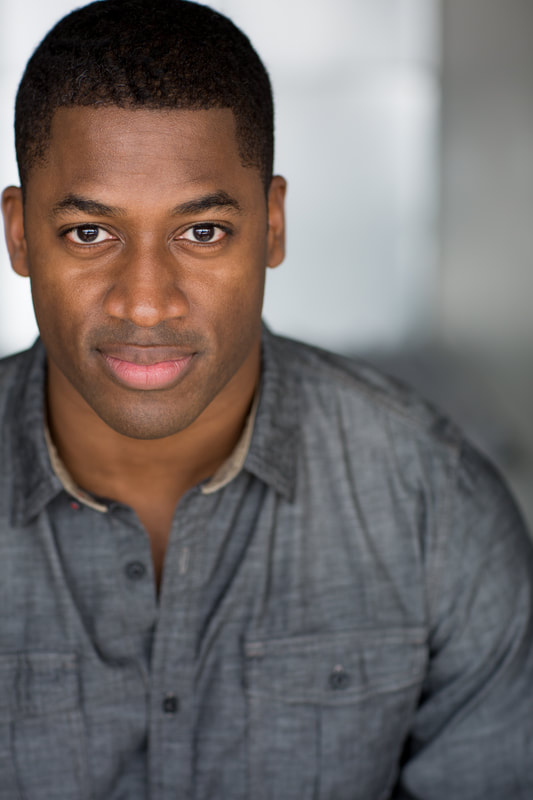 Wayne T. Carr (Reed) has performed on stage at: Guthrie Theatre, Goodman, Yale Rep, Milwaukee Rep, Indiana Rep, Oregon Shakespeare, Utah Shakespeare and many more. He has been seen on TV and Film in: SWAT, Stuck in the Middle and Who's Afraid of the Big Black Wolf. Graduated from Penn State with an MFA in acting. Instagram @waynetcarr 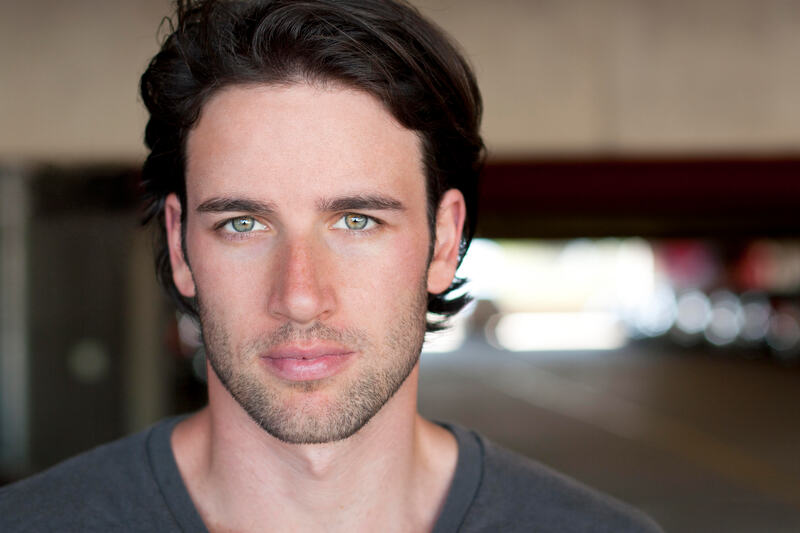 Eric Colton (Ben) is a film actor, writer and producer with many credits to show from his 13+ years working in Los Angeles. He recently moved to NYC full-time for his love of the city, and came across the amazing LA-based “STUPID CUPID” team via a Backstage self-tape audition for the role of Ben. He is a founding member of International Film Productions, Inc., a Los Angeles based film production company, currently premiering their first project, BROTHERS, to the American and international film festival circuits in 2020. The short film stars Eric, who is also the film’s lead-writer and producer. Visit Amazon Prime to watch Eric as series lead in the platform’s original mini-series, SWELL. 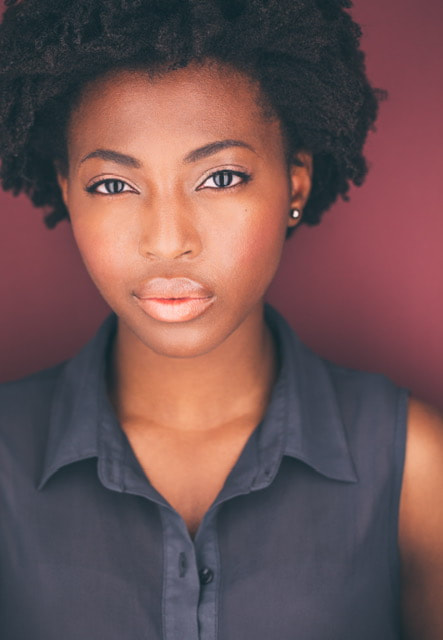 Wunmi Fowora (Addie) is a Brooklyn born actress raised in Central New Jersey. She considers herself a proud Nigerian- American as her parents are from Lagos, Nigeria. Wunmi has made her mark acting, producing and doing non profit work domestically in the US. Wunmi after leaving NYU Tisch School of the Arts, has been featured in a number of plays, cabarets, tv shows, indie films, web series, commercials, print ads, voice overs and has hosted in world renown venues such as Carnegie Hall & Lincoln Center. She was the lead in the national tour of Freedom Train & has gone on to be a producer for such web series as “Addie & Addy” and “Living With Strangers” and just finished line producing her first social thriller film, The Black Banshee. Wunmi’s acting work has been acclaimed in Tribeca Film Festival, Picture Farm Film Festival, Auckland Film Festival (New Zealand) and more. Feel free to follow Wunmi’s acting journey on her Instagram: @nigeriansagi 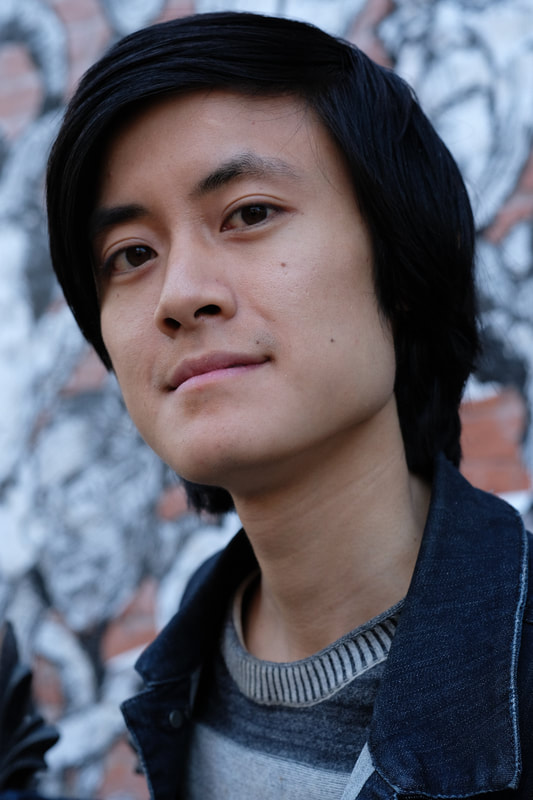 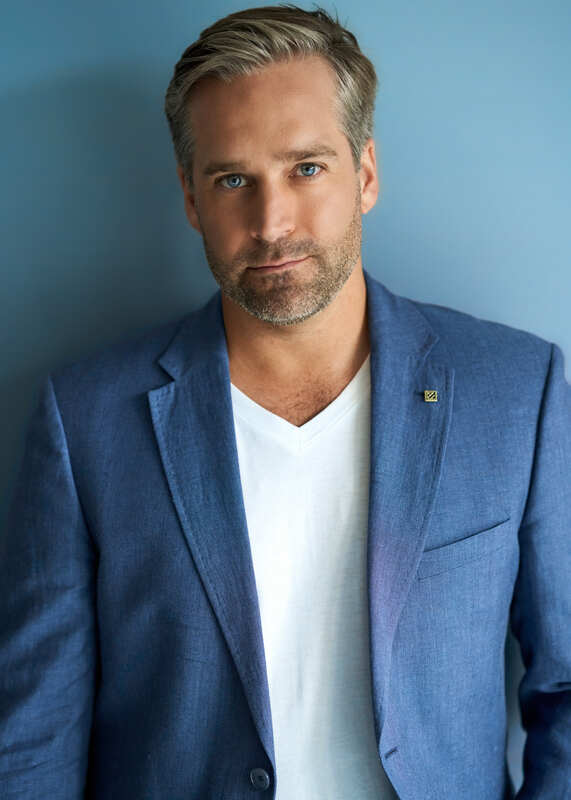 Tyler Hollinger (Loren) is an actor, filmmaker, and comedian. His comedy “Trust Me, I’m a Lifeguard” premiered at the 2014 Tribeca Film Festival and was acquired by United Airlines and ShortsHD. Tyler is the creative director and owner at HighLife Productions and produces all their scripted content. In addition to his writing Tyler is an accomplished actor Best know for his work on 4 seasons of the hit ABC hidden camera show "What Would You Do?" and the recent indie release “Old Fashioned” which grossed over 1.5mil at the box office becoming the best selling faith based film under 500 screens. TV: Man-Babies (Creator/Amazon), Unbreakable Kimmy Schmidt, What Would You Do?, How to Make it in America, Taxi: Brooklyn, Dateline NBC, In Between Men, All My Children, Colors (directed by Joel Schumacher) FILM: Trust Me, I’m a Lifeguard (EP/ Creator) (Tribeca Film Festival), Leaves on the Tree, Lies I told my little sister, Black Dog Red Dog (dir. James Franco), Old Fashioned, Excuse Me For Living, Brothers Keeper, Witches of OZ, Slavery By Another Name(Sundance), Devoured, Girls Named Pinky (SXSW), Jezabel (Cinequest Winner) and many more. Tyler’s films have become Official Selections and award winners at such film festivals as SUNDANCE, SXSW, TORONTO and many more... Instagram @Thollingerofficial 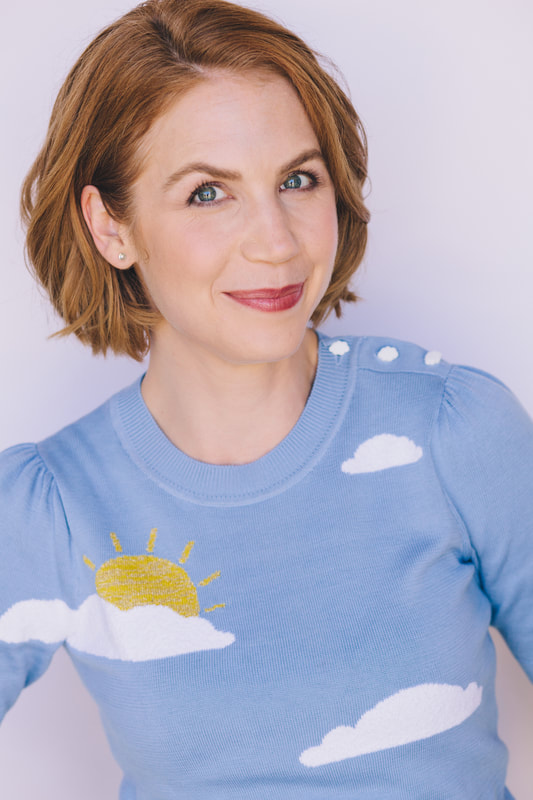 Sarah Randall Hunt (Alex / Creator / Co-writer / Executive Producer) is a producer / writer / performer based out of Los Angeles, reared by New York City, and originally hailing from Kansas City. She's acted in TV, film, in Unfinished Business, Black-ish, Chronic, etc., as well as performed across the country onstage. She was nominated for BWW West Best Featured Actress for her work in Hello, Again. As a producer, her stuff has made it to the KCFF, First Friday Film Festival, LA Film Festival's Danny Elfman Film Competition, etc. Stupid Cupid is a recipient of the 2019 New York Women in Film, TV, and Theatre Fund Grant. Super proud to work with this team of talented folks! Instagram / FB @sarahrandallhunt Twitter @sarahrandallhun 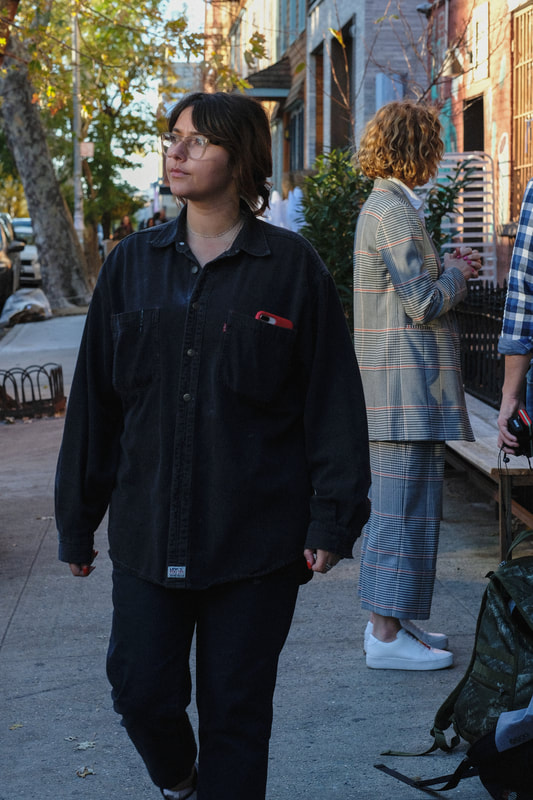 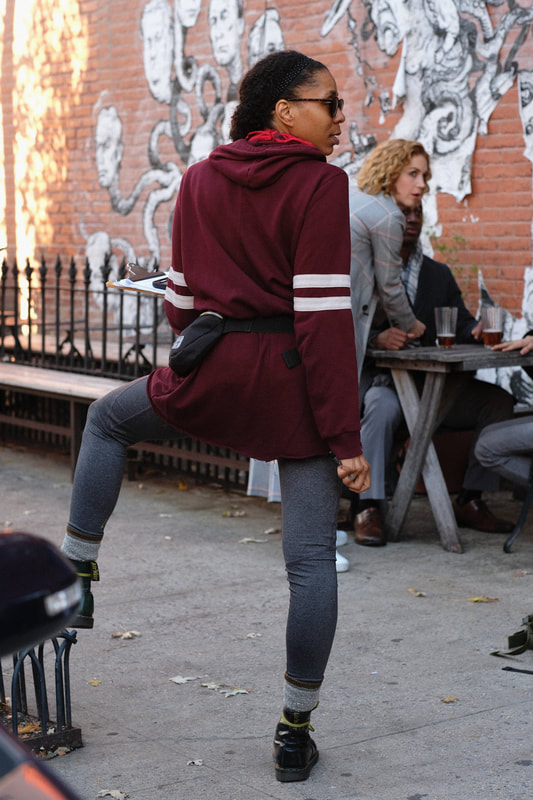 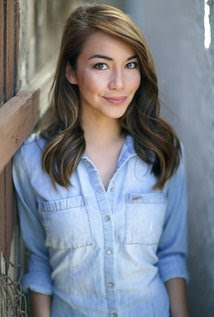 Joanna Sotomura (Harper) was born and raised in Honolulu, Hawaii. She moved to Los Angeles to attend Loyola Marymount University before starting her career in film and television. After graduating, Joanna starred in the cult horror film Madison County. Since then, she's worked on such series as The Good Place, Hawaii 5-0, Criminal Minds, NICS: Los Angeles, Crazy Ex-Girlfriend, Great News, Call of Duty: Infinite Warfare and many more. Joanna also starred in the acclaimed series Video Game High School and Emma Approved, both of which were named the top 1 and 2 web-series of 2013 by VARIETY Magazine. Emma Approved then went on to win a Creative Arts Emmy in 2015. Be sure to catch Joanna in Wong Fu Production's feature film Everything Before Us available on Vimeo now. @JoannaSotomura on IG and Twitter 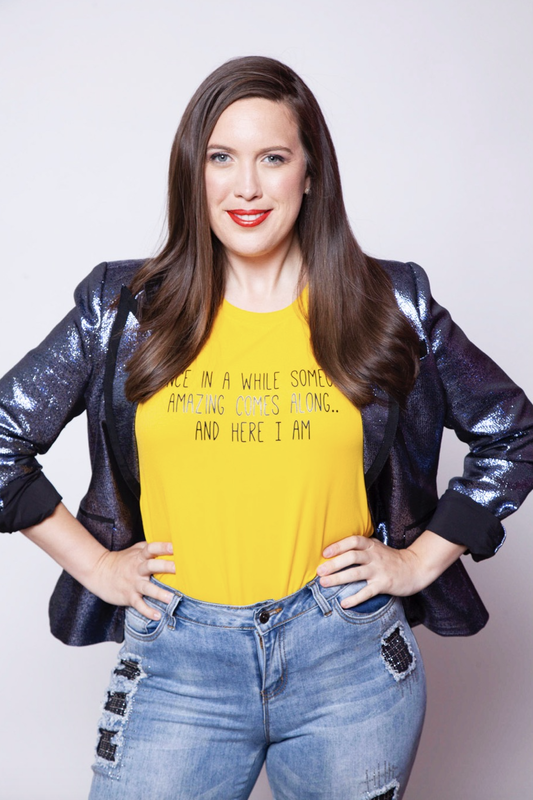 Desiree Staples (Whitney, Producer) acted in and produced the Comedy Feature Take Me To Tarzana opposite Jonathan Bennett and Maria Conchita Alonso directed by Maceo Greenberg. She's Co-President of NUEA West, Northwestern University's Entertainment Alliance, and has performed at UCB Franklin. She has performed Off-Broadway at the Cherry Lane Theater, and co-wrote the Musical: Atlantic - America and the Great War, which premiered at the Edinburgh Fringe Festival 2017. You can see her in the Clickhole/Onion video “500lb Man” which has been viewed over 15 million times. She’s also been seen on screen in the shows Dumped - by Issa Rae Presents, In The Cut on Bounce TV, and the Award Winning Shorts: Wine Bottles & Saving Santa. She also wrote, produced, and starred in the comedy short-form streaming pilot “The Influencers." Instagram @DesireeStaples 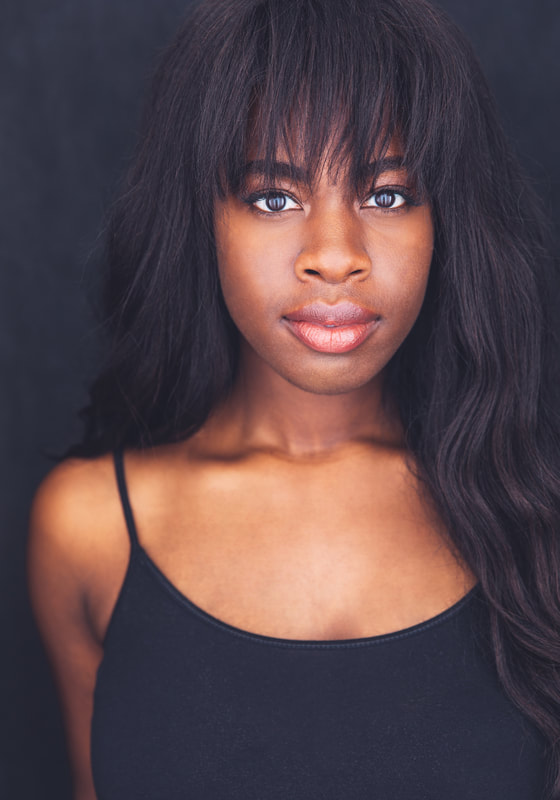 Adenike Thomas (Addy) is excited to be playing Addy in Stupid Cupid! She is an award-winning actress-writer-director hailing from Queens, NY, and a graduate of NYU Tisch School of the Arts. She has had lead roles independent films such as the short Me Time and The Morning After, which was a Vimeo staff pick and Short of the week. 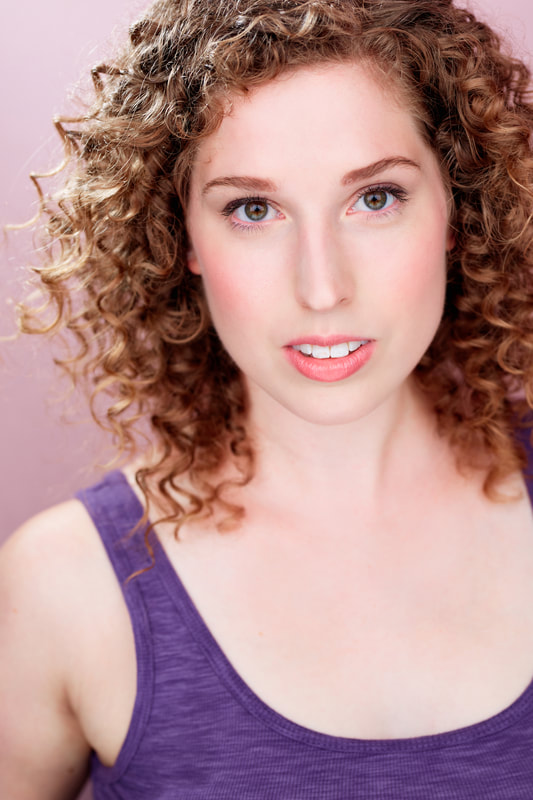 Miranda West (Jess) Originally from St. Louis, MO, Miranda now lives in New York. She toured the country as a six year old in Junie B.'s Essential Survival Guide to School and has played more maids and nurses than she can count. A published audiobook narrator, Miranda has had fun lending her voice to Christian romance novels and epic fantasy novels and everything in between! You can catch her performing with her indie improv team, Hobby Lobby Baby Hammer, all around NYC. IG: @healthyishmiranda 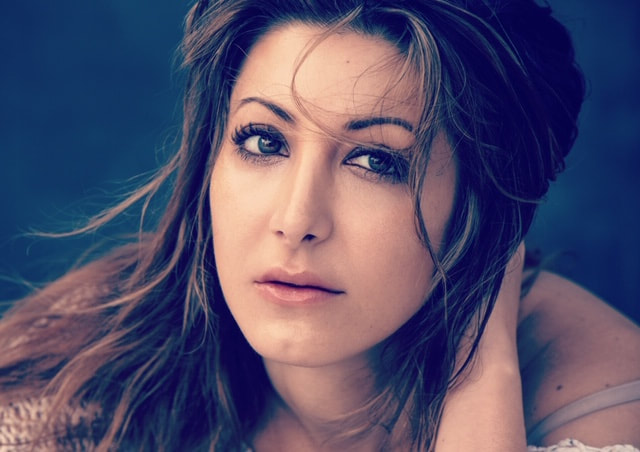 Zina Wilde (Chelsea) is an actress/ writer/ producer. Most notably she is known as “Helena” on the SHOWTIME show BILLIONS where she has been working for 4 seasons. She also starred in the feature film “The climb” that received the audience award from the prestigious Cannes Film Festival. She was very excited to be a part of Stupid Cupid. Instagram @zinawilde